Activation Analysis is a method of identification and quantification of radionuclides formed by irradiating a sample by different charged and uncharged particles such as neutrons, protons, alpha particles etc. The charged particle's energy should be more than Coulomb barrier; however, reaction proceeds even if energy of the bombarding particle is less because of the quantum tunnelling. Charged particles like proton, deuteron, and tritium alpha are most favourable to be used in activation. In the present work, activities in a natural tin foil of thickness 20.385 mg/cm2 irradiated with alpha of beam energy 37 MeV have been analysed. At first I have calculated the energy loss of alpha particle passing through the foil using standard computer code SRIM. Cross-sections of different isotopes produced due to irradiation with alpha were calculated using standard statistical model code, PACE4. The product isotopes thus formed have half-lives of the order ranging from few seconds to several years. As the irradiation was done about 1.5 years ago, only those isotopes whose half-lives are around a year are considered for the study of remaining activity. Decay gamma spectroscopy with high resolution HPGe detector is done. For the energy calibration I have used the spectra of the radio isotopes like Cs-137, Co-60, and Am-241. Using Ba-133, Eu-152, I have determined the efficiency of the detector over a wide range of energy (from ~50-1450 keV). Presently I am analysing the gamma spectra obtained from irradiated foil to estimate the activities of the radioactive species. Later after correcting for the efficiency of the detector and considering the decay half-lives - the experimental yields of products will be determined and compared with theory.​

When an ion beam interacts with matter different types of reactions occur. The penetration of charged particles through matter is accompanied by various processes of interaction with atoms, electrons, nuclei. The nature and type of interaction depends upon the nature, energy and intensity of incident beam and the shape, size, state, nature and the composition of target material. On the basis of this principle different ion beam techniques are used for material characterization. Several such ion beam techniques are PIXE (Particle Induced X-ray Emission), RBS (Rutherford Back scattering spectroscopy) and nuclear reaction based Activation Analysis. Here using the technique of activation analysis the relative cross-sections for product isotopes of the alpha irradiated tin foil is estimated and is compared with the reported value.

Activation analysis is a process of elementary analysis in which a stable nuclear isotope is made radioactive by irradiating it with a suitable beam of particles. In other words we can say that the qualitative and quantitative analysis of a material is done by using the method of induced radioactivity. Both charged and uncharged particles can be used in the process of activation analysis for irradiating a sample. Charged particles like Proton (1H+), Deuteron (2H+), Tritons(3H+), Helium-3 ions (2He3), Alpha particles(2He4) are used in this process. Uncharged particles like neutrons and photons are used.

Generally thermal neutrons are mostly used in the activation analysis because of several reasons like as neutrons are uncharged particles so they can penetrate deeply into a matter with least possibility of interaction and with negligible amount of energy loss. Another reason is that the higher cross section of n-gamma reaction in the target materials. The method is quite non-destructive because the materials are moderately radioactive. Small samples can also be analysed easily using this method. Along with many advantages there are also certain limitation such as for lower atomic number element it is not suitable because the cross section for the reaction is too low.

Net production rate of the radio active isotope is given by

R= rate of production of that isotope

Target selection is one of the most important factor in activation analysis. On the basis of thickness there are targets like thin target and thick target. Thick targets are those in which thee energy loss will be more as the charged particle enters into the target. In case of thin target the amount of energy loss of the ion beam through the target is negligible. So usually thin targets are mostly preferable. In order to avoid damage of the target material due to heat production targets should not be decomposed by the heat or in other words we can say the target should be a good conductors of heat or any cooling arrangement should be done in the case of CPAA.

The application of charged particle activation analysis is found extensively in the field of nuclear research for studying the trace impurity amount in the sample material. This technique has also been extensively used in the nuclear astrophysics for study of stars.

G.G Kiss, T.szucs, p.Mohr studied the α induced reaction on In-115 to test the applicability of α+nucleus optical model potential measurement of α radiative capture and α-induced reaction cross sections on the nucleus 115-In at low energy was studied. They measured the activation cross-section and measured the produced activities from the offline detection of gamma rays and x-rays the produced activities were also measured. The theoretical analysis was performed with the statistical model. [2]

The prime intention is to obtain the cross sections of various product resulting from the irradiation of the natural tin foil with the alpha particles. As the foil was irradiated about 1.5 years ago, we can understand about the remaining activity of various product of different isotopes of tin and the understanding about various low energy and high spin states in such nuclei will be achieved that will help us to develop a better idea about the decay scheme of such heavy nuclei.

There is a natural tin foil of thickness 20.385 mg/cm2. The foil is irradiated with Alpha particles of beam energy 37 MeV. As the irradiation was done about 1.5 years ago, only those isotopes whose half-lives are around a year are considered for the study of remaining activity. Decay gamma spectroscopy with high resolution HPGe detector is done. 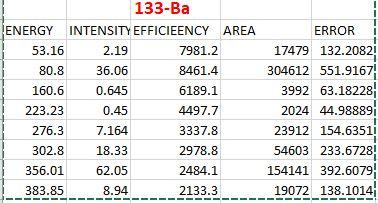 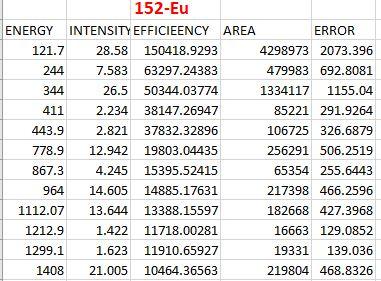 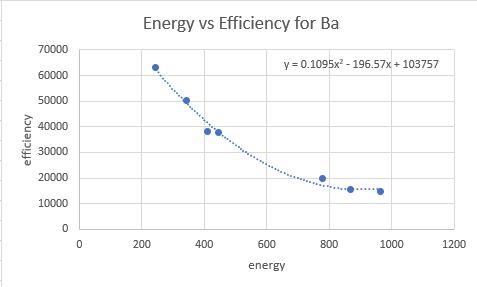 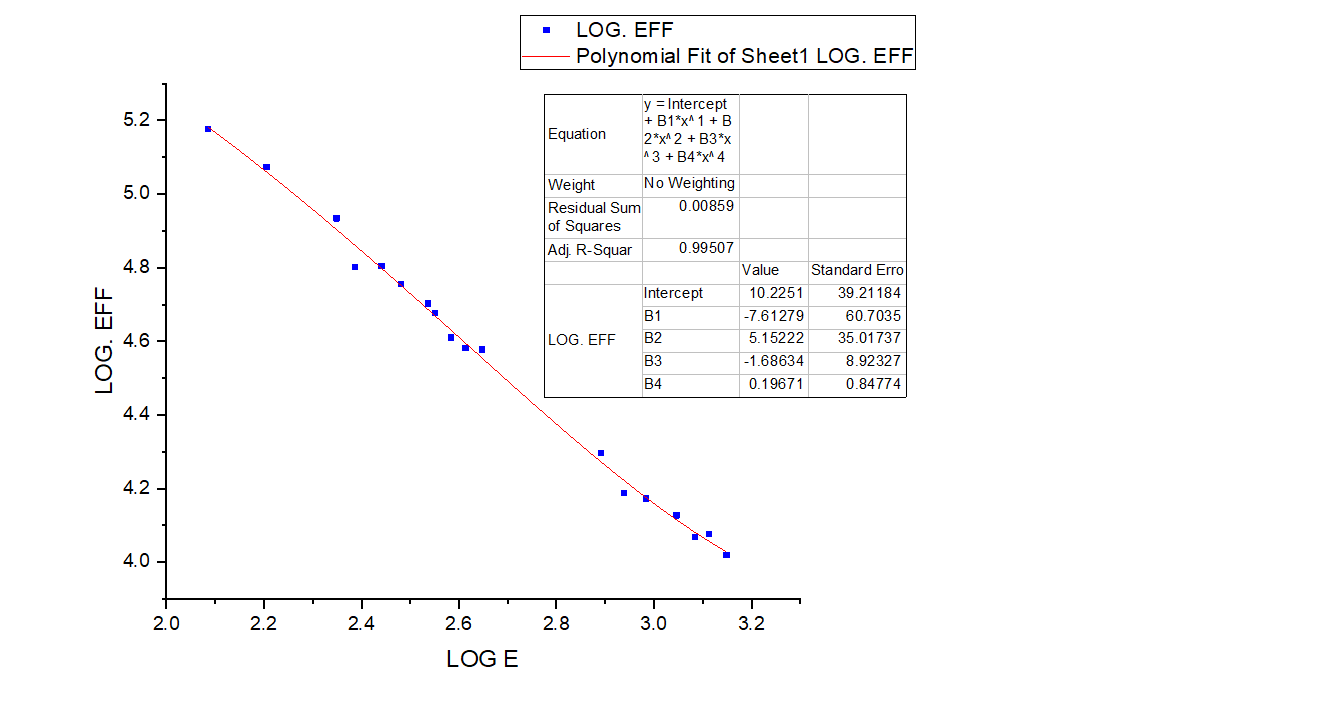 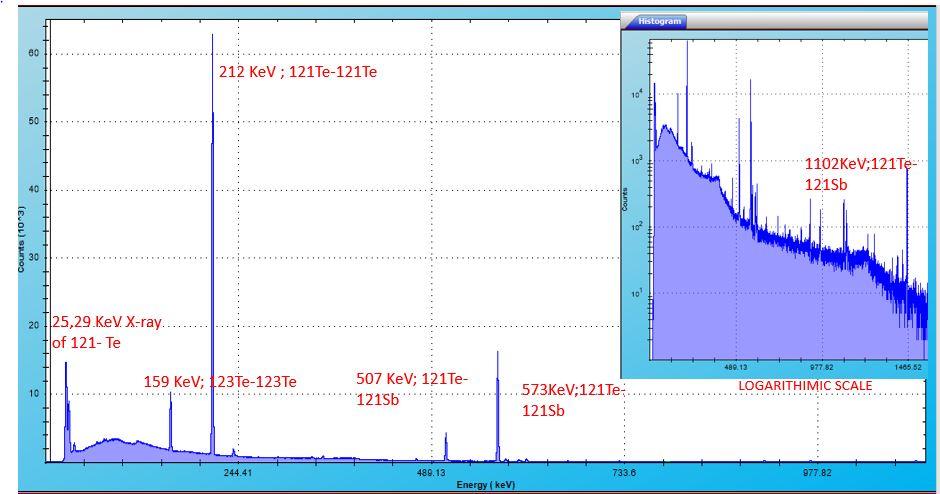 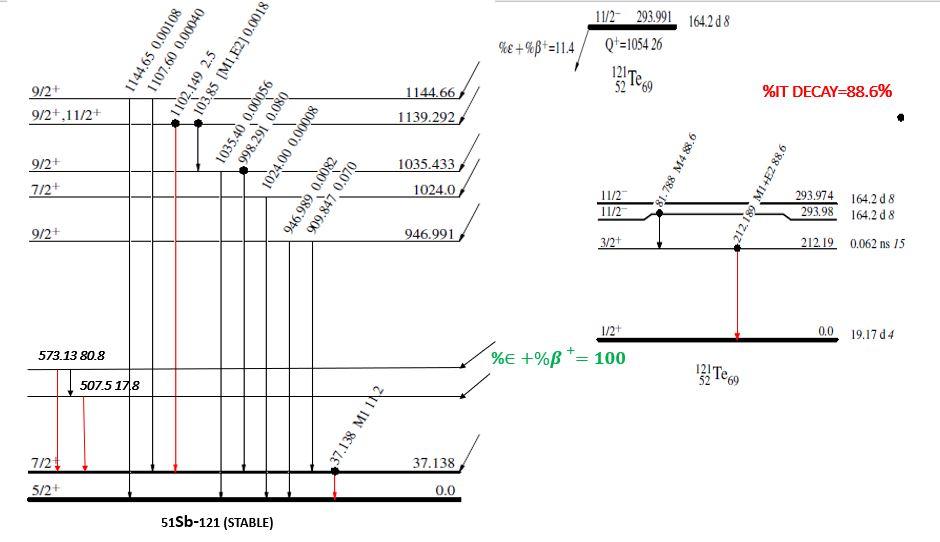 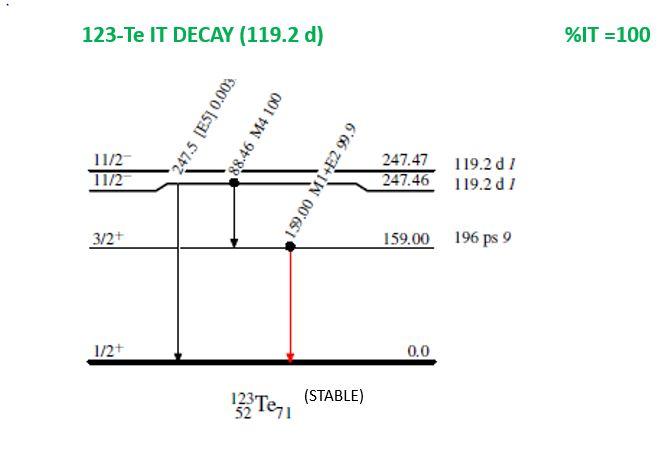 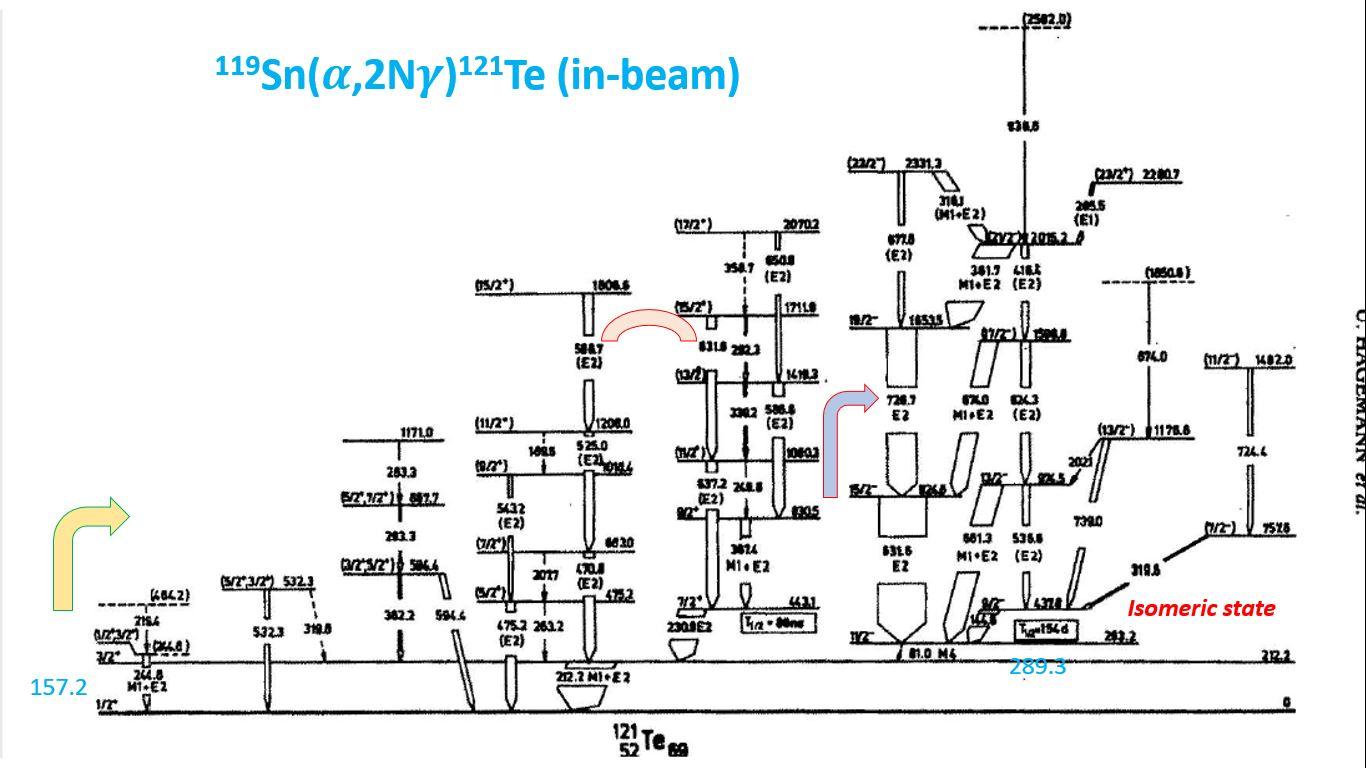 As the level scheme is obtained from the in beam experiment, considering the duration of experiment to be 5 days and correcting it with the half life, the decayed amount is estimated. It was nearly 6. As from the isomeric state there are two parallel branches of decay i.e 88.6% goes to ground state through the IT decay and rest 11.4% goes to different states of 121-Sb by EC and β+ decay. Then correcting for branching ratio it is found that out of 6, 5 decays through the IT decay to the ground state and rest one decays through EC and β+ decay. Including that 5 within the intensity 157.2 the correction for intensity is being made.

For the transitions 212 KeV and 1102 KeV and 159 KeV the net intensity (Iγ+ce) is given in the decay scheme shown in figure-6 . Correcting for their conversion coefficient the intensity for the gamma transition is determined.

These two numbers should be equal. But as there are some errors in the area for the gamma lines and the error in the efficiency due to the standard error associated with the coefficients in the 4th order polynomial fit for the energy versus efficiency curve so these numbers are not exactly equal. On average it is taken as 6. Then the initial population is calculated as

Here no correction for intensity is needed because no such branching occurs in the 123-Te (%IT decay=100). Hence total population for 123-Te produced initially=14.8