My work here is the study of Open Star Clusters. Star clusters, as the name suggests are very large group of stars that are gravitationally bound. They are at the same distance from earth and are of the same age. By analysing them we can find information about the evolution of different type of stars and clusters. There can be two type of clusters; Open star clusters and Globular star clusters. On comparison with Globular star clusters, Open star clusters are gravitationally loosely bound and young, mainly consisting of blue stars. Open clusters will often disrupt due to the gravitational influence of nearby giant molecular cloud even before the stars in it die. It will be having a few hundreds of stars and they are confined to the galactic planes, in the spiral arms of the galaxies. Parallax estimating precise distance to the open clusters can be helpful as a reference in various distance measurements methods. They can be helpful to precisely calculate the distance to objects further away. In this project I am using the data from Gaia DR2, which comprises of 46 open star clusters. I find out the turn off mass and age of 30 clusters by fitting isochrone with their CMD in Topcat software. I find the distance to these clusters using two methods; Parallax method and D.M. methods. I also estimate the fraction of binary stars in a cluster, equal mass and unequal mass, in 10 clusters with the help of Python, Excel and Topcat. I also find the fragmentation mass of them.

In astronomy, measuring distance, mass, temperature, age, etc are very important. What we observe is the brightness of different astronomical objects, and we have to find all other properties of that object from its magnitude. Finding out the properties of nearby object can serve as a reference to the measurements and understanding of far away objects.

Binary stars are different from single stars in their evolution and properties and can serve as a valuable tool for cosmology.

Turn off mass of a star, its age and its present mass can give many valuable information about the composition of the star, and evolution of the cluster. The verified observations can give us clues about new systems; events that occurred in the past, and those to be expected in the future. Distance measurement is very important as it is a valuable tool in many astronomical analyses. Accurately measured distances can serve as a reference to estimate distance to far away objects using Cosmic Ladder method, Fixed Candle method, etc. among others. It is further useful to derive other parameters of that system from their relationship with distance. How distance affects the data is essential to understand how to process raw data. Binary stars have a different evolution than single stars. There are equal and unequal mass binaries, the study of which again gives us more information about the evolution of the cluster.

​It is a scatter plot of stars showing the relationship between the stars absolute magnitude or Luminosity versus their stellar classification or absolute temperature. It is an aid in stellar evolution studies. The related Colour magnitude Diagram (CMD) plots the apparent magnitude of stars against their color, usually for a cluster so that the stars are all at the same distance. As the star evolve it changes its position in the HRD. 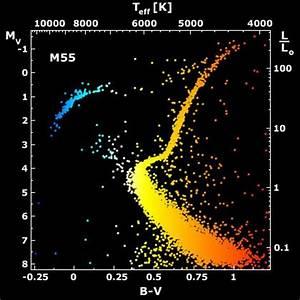 Magnitude refers to the brightness of a star. There are mainly 3 magnitude scales; Apparent Magnitude, Absolute Magnitude and Bolometric Magnitude. Apparent Magnitude ( m) measures the magnitude of a star as seen from earth with respect to the brightness of star Vega, which is taken as the 0 mag point in this scale. Absolute Magnitude ( M) is the magnitude of the star if it was at a distance of 10pc from Earth. Previously mentioned scales look at a star at any particular wavelength range depending on the magnitude systems they are following. It can give biased results when a particular star emits more radiation in a particular frequency alone, which can be due to the surface temperature of the star among other reasons. In Bolometric Magnitude we observe the star in many wavelength in order to assign an exact magnitude. If a star is at a distance d from earth, then​

where, −5log(d/10pc)​ is called the distance modulus, which is the difference between Mand .​

Colour of star can tell us about the surface temperature of the stars, abundant materials in the star, mass, evolutionary phase of the star,etc. Considering all these parameters the stars are classified into different spectral classes. 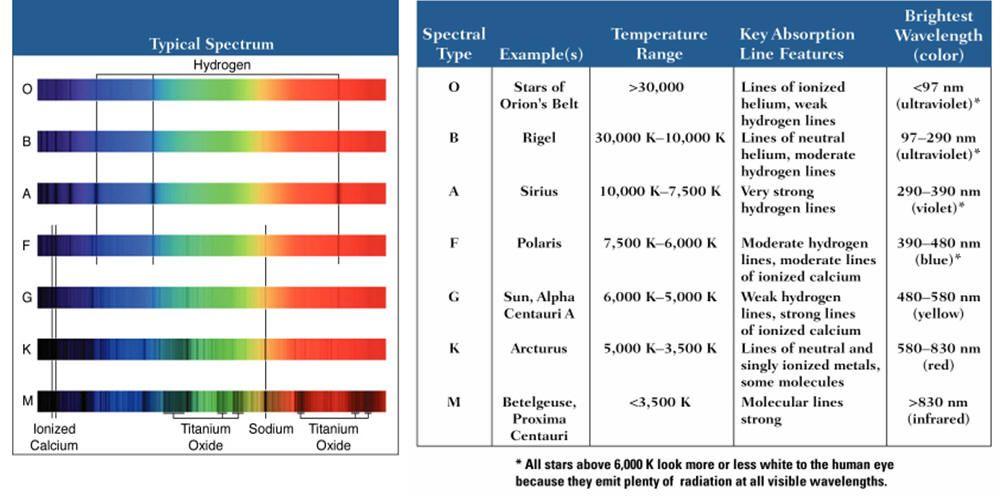 As electromagnetic radiation travels from a distant emitter to an observer on earth, it can be absorbed and scattered by the interstellar dust and gas particles on its way. This causes extinction, ( Aλ​) of the data. The size of these dust causes the blue side of the spectrum to be absorbed more, causing the data to have a greater proportion of red part of the spectrum. This phenomenon is called Reddening, denoted by E(B−V). We have to correct the data for its extinction when we fit it with the theoretical Isochrone.

where Aλ​/(E(B−V))is known as the extinction coefficient, which only depends on the wavelength of observation.​

Parallax is the difference in the apparent position of an object viewed along two different lines of sight with respect to some fixed point in space. In astronomy its a common practice to measure the large distances to stars using trigonometric parallax, with the help of distant fixed stars in the background. We observe the star 6 months apart when earth is at the two extremums of its orbit, then we will get the diameter of the earth's orbit around the sun as the baseline for this method.

where p is the parallax in arcsecond and d is the distance in parsecond.

Turn off mass of the cluster

Turn of mass of a cluster is the mass at which the stars in the cluster just deviates from main sequence and goes to the giant phase. The stars in the turn off point have just quit hydrogen burning and proton-proton cycle, and are going to helium burning and CNO cycle, which is an essential phase change in stellar evolution.

Suppose we have two stars of equal mass binaries each with apparent magnitude m1​, intensity I1​. With the aid of observation we won't be able to differentiate between the two stars in a binary system, as they are close enough for us to differentiate. The system will appear as a single star of higher brightness. The new intensity and magnitude are respectively;

​Irrespective of the magnitude of individual stars, equal mass binary stars will have a magnitude which is less by .75 than their individual magnitude.

For Unequal mass binary, when we take m1​ as the magnitude of brighter star;

Gaia is a space observatory of the European Space Agency, launched in 2013 and expected to operate until 2022. The spacecraft is designed for astrometry, measuring the positions, distances and motions of stars with unprecedented precision. The mission aims to construct by far the largest and most precise 3D space catalog ever made, totalling approximately 1 billion astronomical objects, mainly stars, but also planets, comets, asteroids and quasars among others. Its a successor of Hipparcos, and it orbits at the L2​position of the Sun- Earth system. It can measure upto 10 micro arcsecond. 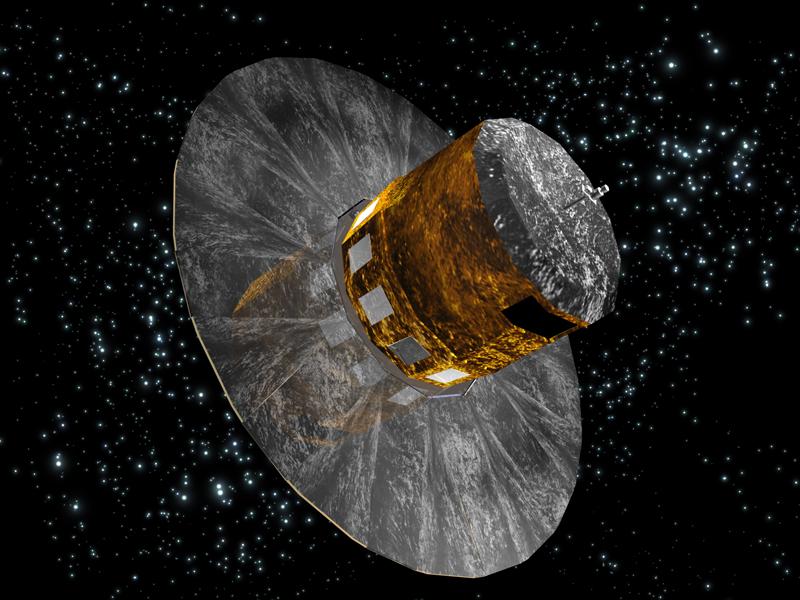 It is a theoretical curve on the HRD, representing a population of stars of the same age. Isochrones can be used to date open clusters because their members all have roughly the same age. If the initial mass function of the open cluster is known, isochrones can be calculated at any age by taking every star in the initial population, using numerical simulations to evolve it forward to the desired age, and plotting the star's luminosity and magnitude on the HR diagram.

Topcat is an interactive graphical viewer and editor for tabular data. It aim to provide most of the facilities that astronomers need for analysis and manipulation of source catalogs and other tables, though it can be used for non-astronomical data as well. It understands a number of different astronomically important formats like FITS, VOTable & CDF and many more can be added. *reference 1,2,10 are used.

Using calculated extinction and D.M. the CMD of different clusters are fitted with the theoretical isochrone, images of which are given below.

After fitting CMD with Isochrones for different clusters, using Topcat, I could find their log age and Turn off mass of it. Finding the possible range of D.M. that can fit the CMD to the Isochrone, I could find the mean distance to the cluster along with the possible error in it. The results are tabulated below.

Using Gaussian fit option in bar plot, I found the mean p and σ . From mean p, I found mean distance, d. To find the error in distance, I formulated p1 and p2, and their respective distances d1 and d2. The results are tabulated below.

Distance found by Parallax method agrees with the one found from D.M. method except for the cluster NGC2158.

I selected the main sequence points using Topcat, arranged it into a list of x and y coordinates in Excel and made a program in Python to calculate the fraction of equal mass binary and unequal mass binary in the cluster. The results are tabulated below. 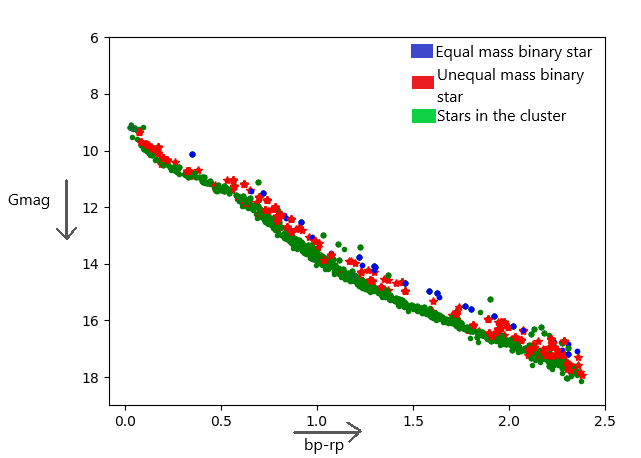 To find the fragmentating mass 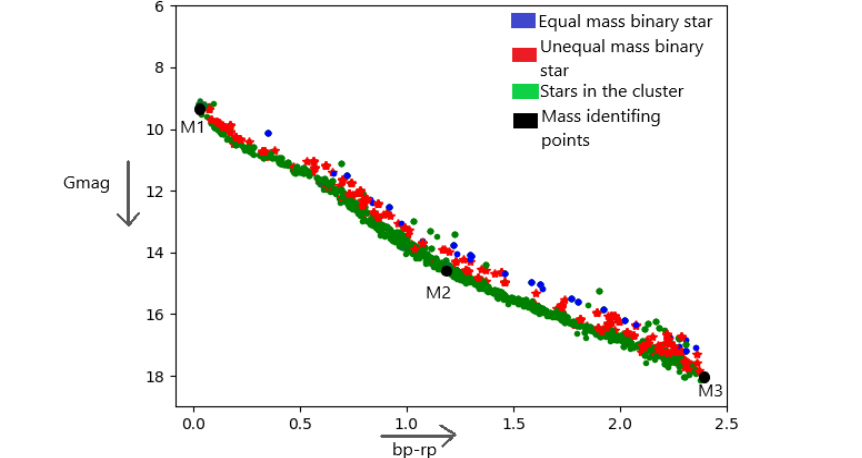 From the analysis, In the main sequence of a cluster, I could find a mass M2​ such that, above this mass the equal mass binary fraction is very less than unequal mass binary compared to the respective fractions below it.

1. Distance, Age and Turn off mass of 30 clusters are calculated.

4. With large distance, especially above 2kpc, the distance calculated from parallax method found to have large error.

1. To recognize any trend in the fragmentating mass of different clusters. We can also find how other factors influence the fragmentation of binary stars.

2. To formulate a method to find the exact binary star fraction for the cluster, not only for the unspread portion of the main sequence of the cluster.

3. We have assumed interstellar dust to be evenly distributed and of homogeneous in nature, which is not necessarily true. If we are to analyse the stars in different wavelengths, we can find the property of interstellar dust distributed in that direction. This knowledge can help us to better manipulate the observed data to find different astrometric parameters.

I thank IASc-INSA-NASI Summer Research Fellowship 2019 for giving me this oppurtunity to be an IAS-intern. I express my sincere gratitude to Prof. Annapurni Subramaniam for selecting me as her intern, for her invaluable guidance and support. She corrected me whenever necessary and motivated me to go forward. I thank IIA and its administration for providing the needed facilities. I thank Prof. S V S Nageswara Rao (Department of Physics, University of Hyderabad) who recommended me for this internship program. I thank my family for their love and support. I would also like to mention and express my gratitude to the students at IIA who cleared my doubts and helped me all along doing this project. Thank you all.

2. 'Astrophysics in a Nutshell' by Dan Maoz.